The highlights of the first half of 2020

Without a doubt, the first half of 2020 has welcomed us with some big surprises. But apart from all the social and economic challenges that we all had to face, some very exciting things have happened in the industrial IT field as well, which may have been pushed out of sight a little. So let’s take a closer look at the highlights of 2020 so far.

First of all IPC2U GmbH was happy to announce partnerships with two new suppliers who complement our product portfolio in a perfect way, Arestech and GigaIPC. These companies offer some very innovative and equally cost effective solutions including Embedded Box PCs, Mini PCs, Panel PCs and embedded CPU-Boards at a very high quality level. But also some of our longterm partners have released some great new (and sometimes long awaited) models as well. Let’s check out a few of them!

The NISE 3900 fanless embedded series features two different chipsets to choose from, the Intel Q370PCH and Intel H310, and supports 8th Gen Intel Core processors. The high-performance Core I processors will provide high computing power thanks to their four and six core designs with up to 3.1 GHz clock rate. The NISE 3900 supports modern video compression codecs such as HEVC/H.265 and thanks to its powerful Intel HD Graphics 630 GPU and three independent displays over HDMI, DP and DVI-D interfaces, the NISE 3900 makes the perfect solution for digital signage, process monitoring or IP camera surveillance. 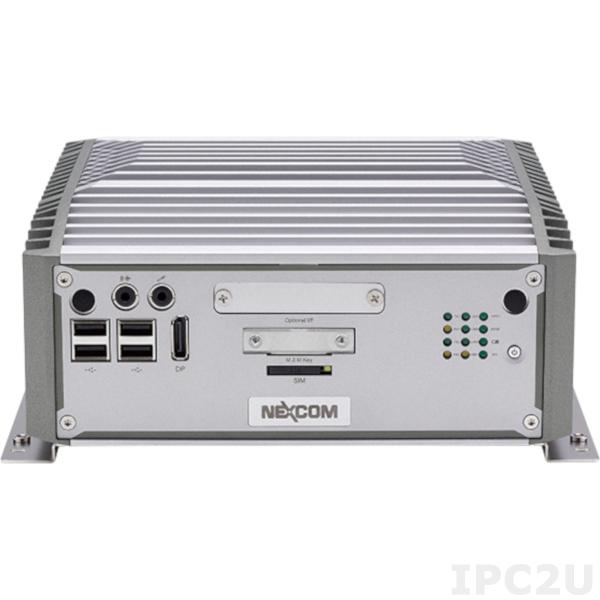 Just like all of Nexcom’s NISE models, the PCs of this new series feature a wide variety of I/O interfaces to make them a really versatile platform for many applications. For example, all computers of this series have two RS232/422/485, two or three GbE LAN ports (support WoL, teaming and PXE), up to ten USB ports, 8ch GPIO, HDMI, DVI-D, Display Port, and internal mini PCIe socket for Wi-Fi, 3.5G, 4G LTE. The operating temperature range from -5°C to 55°C is more than appropriate for most industrial applications and the wide-range power input of 9..30VDC matches all the common DC power sources used in industrial environments. An AC power adaptor is optionally available as well.

BPC 5080 – high performance and great flexibility in a compact size

The BPC-5080 is a compact but extremely powerful embedded box PC. With dimensions of only 238mm x 61mm x 245mm, it offers space for a Core-i CPU of the 8th generation (Coffee Lake) up to the six-core i7 with 4.0GHz clock frequency. And thanks to its innovative cooling concept, this is not only fanless, but can even operate within a temperature range from -20°C to 60°C. A maximum of 32GB DDR4 RAM and optionally two built-in HDD/SSDs in a RAID 0 or 1 config adds even more flexibility for a wide variety of different applications. A high number of interfaces (8x USB, 3x display, 2x COM, 1x DIO etc.) provides high integration potential in existing applications. 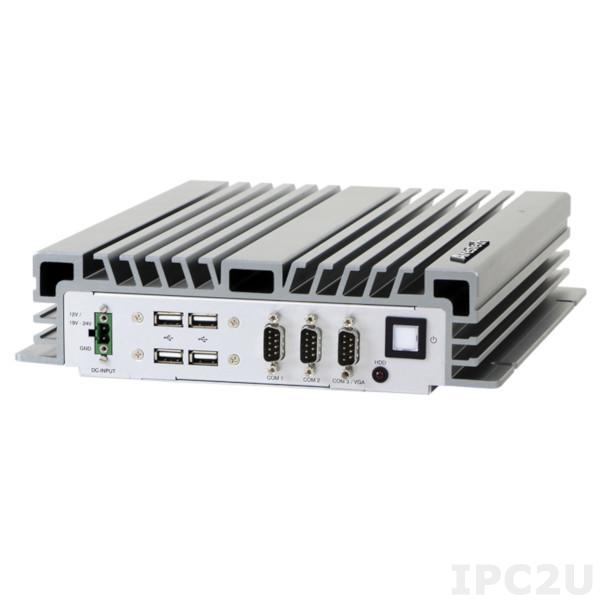 © 2020, ipc2u.com
All the trademarks and brands are property of their rightful owners © 2016 IPC2U Group All data is without guarantee, errors and changes are reserved.
Apply The General Terms and Conditions of IPC2UFor www.ipc2u.com all prices are given in USD ($) or EUR (€) excluding tax, shipping and handling. Find your local reseller - IPC2U Worldwide
https://ipc2u.com/articles/product-reviews/the-highlights-of-the-first-half-of-2020/
13:12 06.08.2020