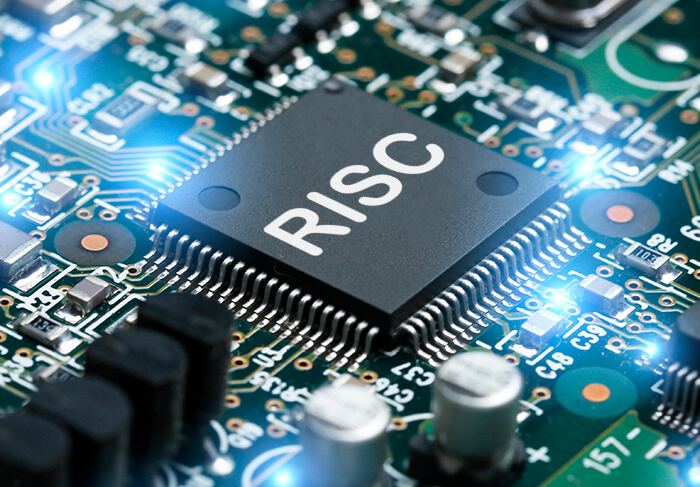 RISC architecture: what is it and how it came to be

"RISC" is an abbreviation meaning Reduced Instruction Set Computer, which is a computer architecture with a limited set of simple and fast instructions for the processor.

Very often, in product catalogs of various manufacturers, you can find a section name or a product description marked as "RISC-based". This statement does not refer to the description of any special functions or characteristics of the equipment; It only refers to one of the most important elements of any computer, its "computing heart", without which no computer in the world can operate. By specifying "RISC" in the description, any manufacturer means the same thing - the CPU, or central processing unit.

The "RISC" processor architecture has its origins in the mid-70s-80s. Researchers of that time, in particular in IBM, then the giant of IT industry, found that most combinations of commands and memory addressing methods were not used by compilers. A compiler is a high-level "collector" of program code into a machine-language program that a computer can "understand". In addition, it was found that programs with complex instructions and commands are processed much slower than simple ones performing the exact same tasks. The main problem was the overall optimization of the processor microcode. For solving simple tasks, processors of that time were too complex devices, having many instructions, half of which might never be used at all. Accordingly, the processing of all instructions affected the overall processor performance. Considering all the disadvantages of processors of that time, it was decided to develop a new architecture. The main problem was making the processor instructions so simple that they could be pipelined easily and efficiently. The compute pipeline (a technology for organizing computations in processors and controllers) is used in processors to increase the number of instructions executed per unit of time. After several years of research, in the early 80s, several types of processors were released, the common name of which gave the name to the entire architecture: RISC. The new architecture owes its creation to the American engineer David Patterson, the Berkeley RISC project manager from 1980 to 1984. Under this project, processors of a new architecture were developed, namely RISC I and RISC II. 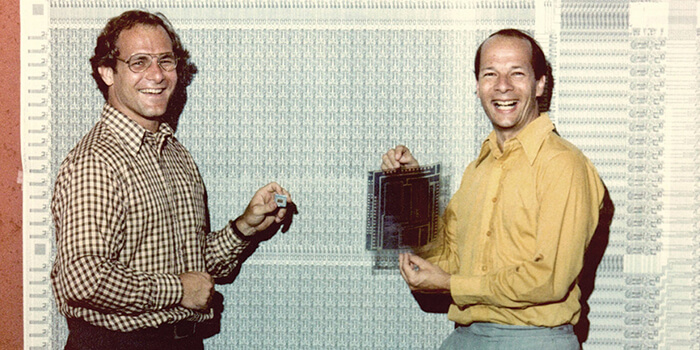 Professors of the Department of Electrical and Computer Science (EECS), University of California, Berkeley, left to right, David Patterson and Carlo Sekin. Developers of the Berkeley RISC project. ()

All processors in the world can be roughly divided into two types – RISC (which has already been mentioned), and CISC. What is a CISC processor? "CISC" stans for Complex Instruction Set Computing, meaning a computer architecture with a complex set of simple and complex instructions for the processor.

CISC processors are, so to say, "classic" processors. They contain hundreds of times more instructions than RISC processors, use more addressing methods, etc.At the turn of the 80s and 90s, a hot dispute broke out in the world about which processor is better. On the one hand, there are such suppliers of RISC processors as: Hewlett-Packard (PA-RISC), Sun Microsystems Computers (SPARC), Silicon Graphics (MIPS) (R210000), the alliance of IBM and Motorola (PowerPC), on the other hand - Intel and AMD. The solution was found not in the technical arguments of the parties, but in the technological advantage of Intel and AMD. But in early 2000s, with the advent of mobile solutions and the rapid leap in development in this segment of technologies, the RISC architecture took on new life. In addition, in many modern CISC processors, individual blocks and instruction modules are nothing more than a RISC processor. 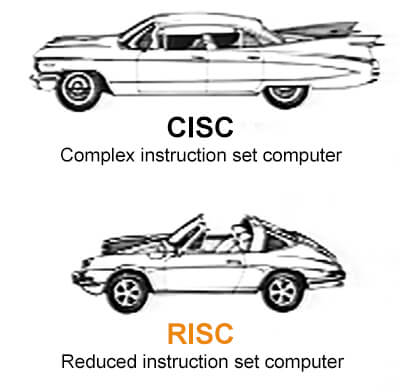 If we were to imagine a visual comparison of the architectures of CISC and RISC processors, then CISC is a massive, powerful Cadillac with spectacular spoilers, while RISC is a fast, agile, compact Porsche. (From a speech by David Patterson in 1985, ).

In this article, we will not consider the technical characteristics of RISC processors in detail, including basic principles of building architecture, logic algorithms, etc. you can find a lot of different articles on this topic on the Internet, probably in any major language of the world. What interests us now is the question: "What will an ordinary user get by purchasing equipment based on the RISC processor architecture?" It is this question that will serve as the main thesis when analyzing the advantages and disadvantages further

Unfortunately, the disadvantages of RISC processors are closely related to their advantages.

Some RISC processors that are used in industry today

As mentioned above, nowadays RISC-like processors are actively developing in their market segment. Most of this segment, 80% -90% is occupied by processors for consumer goods. Of course, these are various smartphones, tablet computers, game consoles, etc. Any mobile device that requires a processor is 90% likely to be built on the processing power of a RISC-like processor. But perhaps you have not heard about this and the term "RISC-like" itself raises additional questions. In this very article we have mentioned RISC-like processors, so what exactly are they? RISC-like processors are, as the name suggests, processors, in the basis of the architecture of which the basic ideas were laid during the development of the first RISC processors, but as the time went, they acquired their unique properties and features, developing in their own way. The design engineers developing these processors drew inspiration from the ideas of the Berkeley RISC project. The most famous RISC-like processor architectures are ARM, MIPS, SPARK, but, of course, there are others, less common or used only in specialized areas, such as SuperH (SH), PowerPC, AVR and others. Even Intel and AMD once developed their own architecture on the RISC core - Intel P5/P6 and AMD K5/K6/K7. It is worth mentioning that these companies are only engaged in the design and licensing of microprocessor devices, but do not have their own production facilities. For example, ARM architecture licensees are such well-known world manufacturers as AMD, Apple, Samsung, Qualcomm, Sony, HiSilicon and many others. Accordingly, such modern processors as Snapdragon 865, Kirin 980, Samsung Exynos Octa 990 and Apple A12Z are developed on an ARM microprocessor. The most famous manufacturers using the MIPS architecture in their processors are Realtek, Broadcom, Atheros, ATI, Toshiba and the Russian company "T-Platform", which uses P5600 processor cores of MIPS32 Release 5 architecture in the Baikal-T1 processor. As we can see, the market for RISC-like processors in the mass segment is quite wide, and solutions can be found that meet any task, but what about the industrial segment?

The development of RISC-like processors in the industrial sector differs from the mass market. This is primarily due to the demand for devices with this CPU type not being so huge. If the manufacturer has capabilities, he can implement a ready-made processor core from a third-party developer in his device and then simply optimize the software for it. This is most often the case, and the most common processor for use in this context is Cortex, which is an ARM architecture processor from the developer ARM Holdings. A more complicated way is to have your own processor, the development and development of which is completely dependent on the manufacturer itself. One of these manufacturers is DMP, which produces its own line of processors called Vortex86. Vortex86 series processors are so-called System-on-a-Chip (SoC), i.e. one chip including CPU, North Bridge and South Bridge. 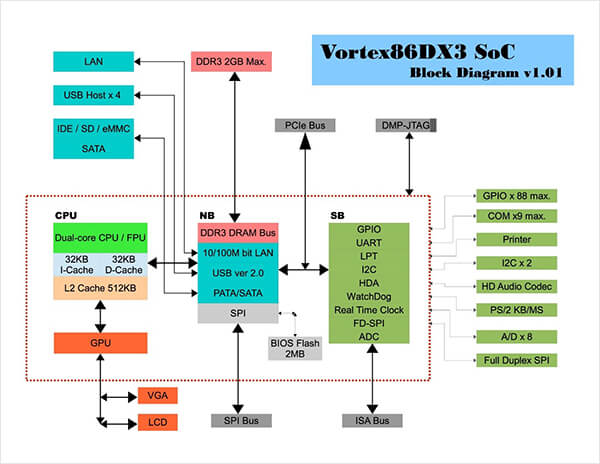 A division of DMP, the iCOP company develops and manufactures industrial equipment of various form factors based on this processor family. The company offers three main product lines, each of which includes various options for configuration and functionality for tasks of any complexity.

Powerful computing solutions for industry with the IP 65 and IP 66 rugged design and heavy-duty aluminum or stainless steel front panels.

So, what are the main advantages of industrial computers based on RISC processors? Let's list them:

From the very moment of their first appearance and to the present day, the evolution of RISC processors has made a giant leap forward and the stock of potential for their further development is still very, very large. It seems very little time has passed since the emergence of highly specialized processors within the framework of closed scientific programs to the basic computing basis of millions of devices around the world, but this gap clearly shows how brilliant an engineering thought was, with its subsequent huge impact on the development of the entire IT industry.