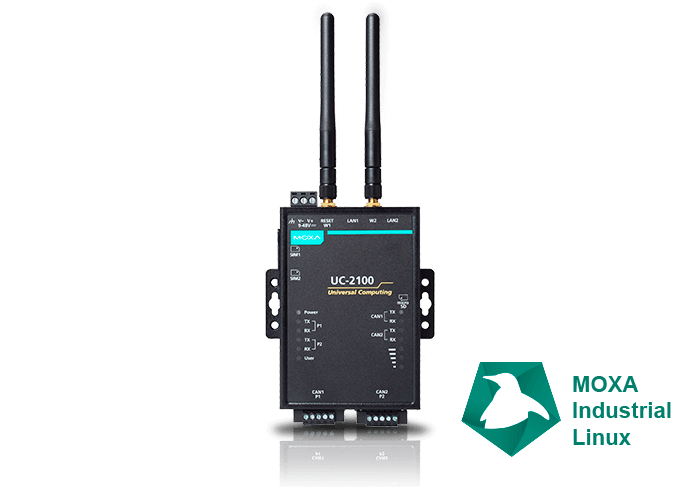 MOXA presents its new line of compact communication computers of UC-2100-W series on the basis of ARM processors. The main feature of the novelty is the support of LTE Cat M1/NB-IoT cellular module to transfer telemetry from the terminal devices to the upper layer network implementing the Industrial Internet of Things concept.

In order for these communication gateways to work, the carriers’ cell towers stations must support NB-IoT standard. At the time of writing, NB-IoT networks operate in more than 20 Russian cities already, with areas of operation constantly expanding.

About the NB-IoT technology

NB-IoT (Narrow Band Internet of Things) is a cellular communication standard for telemetry devices with little data exchange amount. It is provided for connection of the wide range of stand-alone units to digital communication networks. Such units include, for instance, medical sensors, resources consumption meters, smart home devices, etc. In everyday life, such devices are generally referred to as the Internet of Things (IoT). 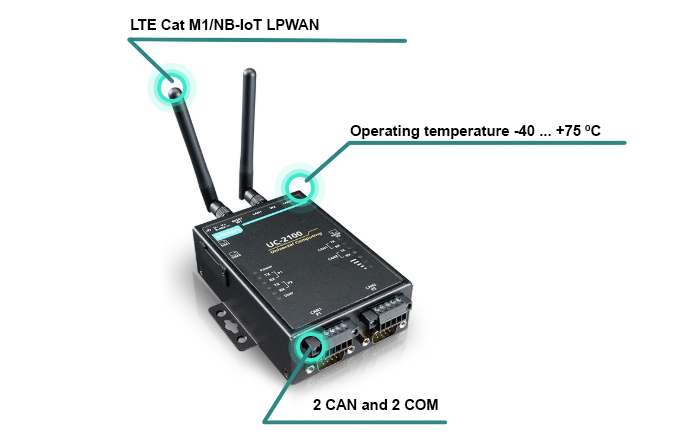 Thanks to its CAN interfaces, COM ports and Ethernet, this tiny embedded computer serves as a reliable and rugged gateway for data acquisition and processing at field sites and can serve as a communication platform for dealing with other tasks.

There is MOXA Industrial Linux installation package pre-installed (based on Debian 9) with 10-year manufacturer support.

Devices of UC-2100-W series feature ATEX Class 1 Division 2 and IECEx certificates for application in oil and gas industry and at explosion hazardous areas. 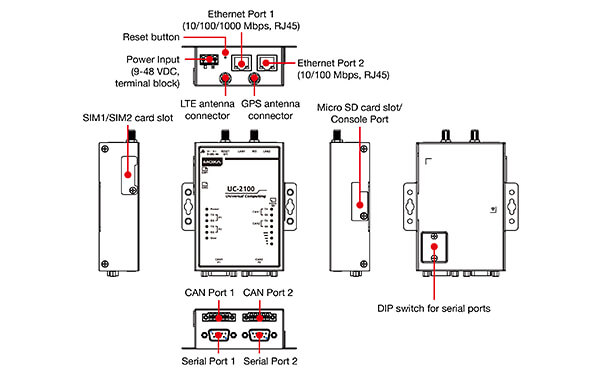 The series includes two models that differ in GPS module:

© 2020, ipc2u.com
All the trademarks and brands are property of their rightful owners © 2016 IPC2U Group All data is without guarantee, errors and changes are reserved.
Apply The General Terms and Conditions of IPC2UFor www.ipc2u.com all prices are given in USD ($) or EUR (€) excluding tax, shipping and handling. Find your local reseller - IPC2U Worldwide
https://ipc2u.com/news/productnews/uc-2100-w-nb-iot-gateways-for-internet-of-things/
00:50 09.07.2020