https://ipc2u.com/news/productnews/how-to-choose-the-form-factor-of-axiomtek-mainboards/
12:57 28.05.2022
Home
News and Reviews
Product News
How to choose the form factor of Axiomtek mainboards?

How to choose the form factor of Axiomtek mainboards?

We will take a brief look at the evolution of industrial SBC form factors and their applications using Axiomtek's mainboards as an example. 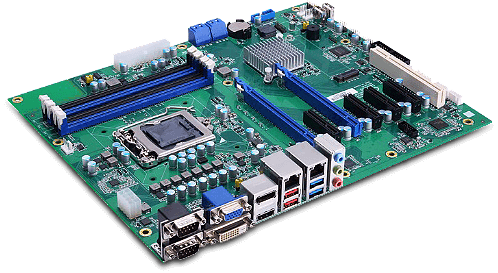 Axiomtek’s history of developing CPU boards begins with the release of the first ATX form factor mainboard in 1998. ATX motherboards are 305mm x 244mm in size and provide the following benefits:

The combination of advantages of the ATX format allowed PCs based on ATX mainboards to occupy the widest segment of the industry: tower format desktop PCs. Solutions based on ATX boards are used as operator workstations, servers for critical applications, multimedia centers and other applications where high performance is required. 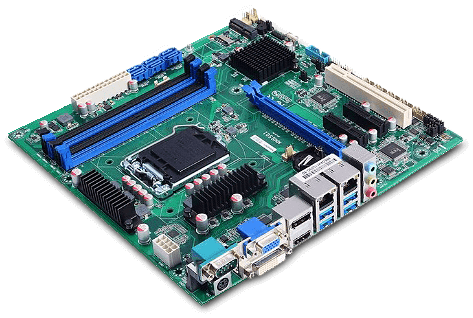 The high cost of ATX format boards and their dimensions were not always suitable for solving certain tasks, especially where a more compact solution was needed, but the CPU performance had to be taken into the account. This is how more compact Micro-ATX mainboards appeared. The feature of these boards is:

This change in form factor allowed for more compact solutions. 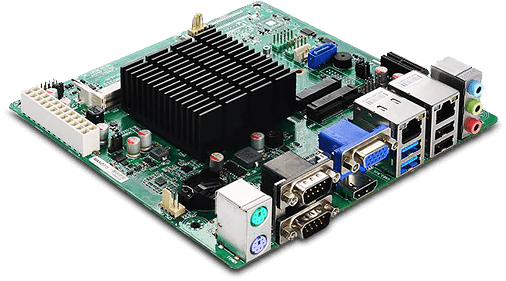 Mini-ITX mainboards became the next stage in the development of CPU boards. The development of this form factor has significantly expanded the possibilities of using motherboards. This is due to the following factors:

With the Mini-ITX form factor, new types of PCs appeared for a variety of applications: 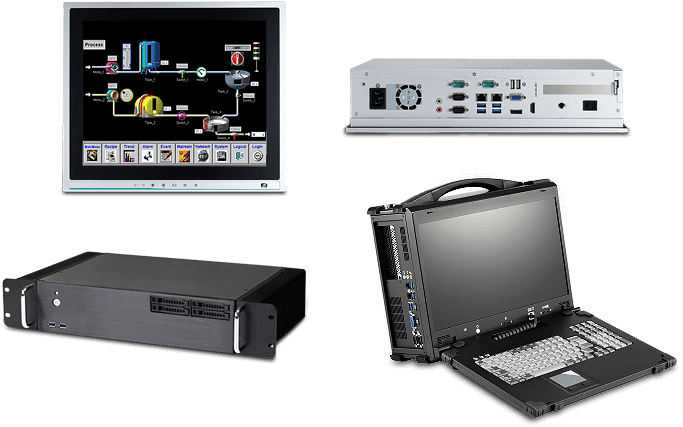 The increased variety in different types of PCs has significantly expanded the scope of industrial computers: 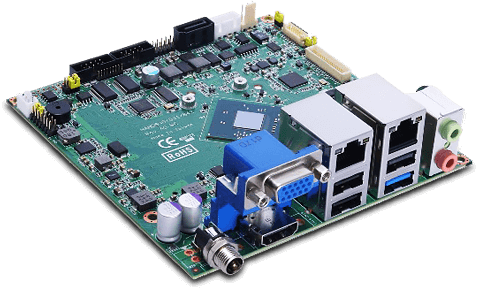 The next milestone in the development of CPU boards was the emergence of the Nano-ITX format. This form factor has compact dimensions of only 120x120 mm. When developing this form factor, it was decided to abandon the expansion slots. Also, according to many experts, the emergence of the Nano-ITX form factor was the starting point for creating embedded systems, because the compact size, fanless cooling solution and a wide range of I/O ports allowed developers to create various designs of their own systems, both low-profile and fully customized. Another important factor was the ability to work in an extended temperature range, which allowed these mainboards to be used in the most mission-critical applications such as outdoor video surveillance and security systems. 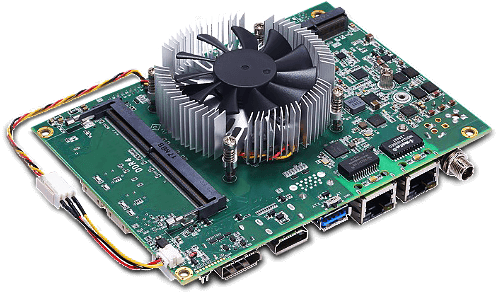 The further vector of development of CPU board formats led to an even greater reduction in their dimensions. At the moment, one of the most popular formats is the 3.5” form factor. The compact dimensions of 146x104 mm, the ability to work in an extended temperature range, the presence of internal LVDS and eDP ports made it possible to use them in a variety of applications. This is why the majority of fanless embedded PCs, monoblocks, compact fanless panel PCs are based on 3.5” mainboards.

At the moment, 3.5” mainboards are used in the following industries: 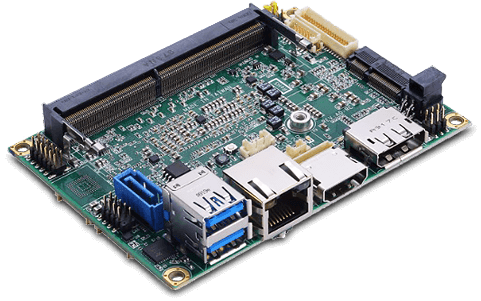 Another popular form factor is the Pico-ITX or 2.5” format. The 100mm x 72mm Pico-ITX SBCs give system designers and OEMs the ability to create ultra-compact solutions that deliver superior computing performance at exceptionally low power consumption. Pico-ITX single board computers meet customer requirements with their compact size, fanless operation, low power consumption, I/O versatility, and the ability to operate in temperatures ranging from -40 to +85C.

Pico-ITX boards are the basis of many ultracompact embedded PCs.

The downsizing trend does not stop there, and manufacturers continue to compete in miniaturization. So in 2021, the 1,8” form factor appeared. In dimensions like these, alternatives were available only in the "consumer market", for example, the Raspberry Pi. The main difference between this single-board computer and its “domestic” counterpart is the x86 architecture, which allows using this mainboard in various APCS solutions as a microcomputer or controller for edge computing.

Special attention should be paid to systems on a module or SoC. These types of modules include COM Express, Q7 and Smarc formats. 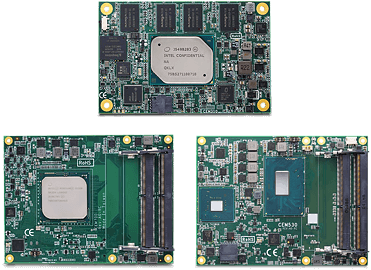 Type 6 is the most popular format of COM Express modules at the moment. Modules are produced in two popular form factors - compact 95x95 mm and basic 120x95 mm. This form factor uses the entire line of processors from Intel Atom to Intel Xeon. Having a single base, you can select modules with the necessary computing capabilities to solve a particular problem and at the same time not change the design of the final device, which significantly reduces the cost of ownership of the device and provides ample opportunities for future upgrades.

The next format currently gaining popularity is COM Express type 10. These modules are only produced in one form factor: mini 84x55 mm, which does not exceed the dimensions of a credit card. The mainboard is based on the most energy efficient ATOM/Celeron and Pentium processors. Compact size, extended temperature range and energy efficiency make these modules suitable for a wide range of automation tasks.

With the update of the COM Express standard to version 3.0, it became possible to make a server line of COM Express modules Type 7, which support server CPUs of the embedded class Intel Pentium/Xeon codenamed Broadwell DE. They are mostly produced in the basic 120x95 mm format. Type 7 provides up to 4 10 GbE interfaces and up to 32 PCIe lanes, making COM Express 3.0 suitable for high-bandwidth data center, server, and video applications.

Also, the COM Express form factor is used in many railway and industrial applications.

If there are no special performance requirements or you need to develop a compact, mobile or low power solution, then Q7 or Smarc modules can be used. 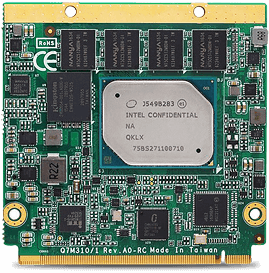 A Qseven module is a computer on module of a very small size: just 70x70 mm. The area of the Qseven module is smaller than that of COM Express, and the maximum power consumption does not exceed 12 W, which allows using these solutions to create mobile applications such as walkie-talkies, tablets, and laptops. 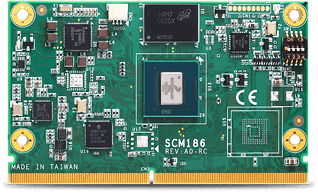 Back to Product News
Home
News and Reviews
Product News
How to choose the form factor of Axiomtek mainboards?
https://ipc2u.com/news/productnews/how-to-choose-the-form-factor-of-axiomtek-mainboards/
12:57 28.05.2022