Advantech, a leader on the industrial automation market, has released a compact efficient computer for development and deployment of AI applications - MIC-720AI. 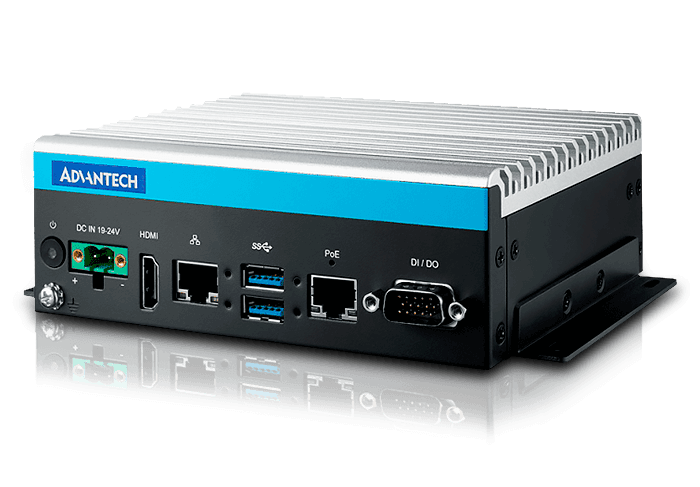 Advantech MIC-720AI industrial computer is designed in a solid metal fanless casing with a wall-mount option, is equipped with a standard set of input/output ports and is capable of operating in the ambient temperature ranged from -20 up to 60o.

The rear panel features a micro-USB slot and an internal/external USB switch.

To store data, in addition to the built-in eMMC 5.1 for 32Gb, there is an internal mSATA slot for connecting solid storage devices.

Advantech MIC-720AI can operate in Wi-Fi networks, if the additional antennas are mounted on the device casing.

The performance of the latest platform on the basis of NVIDIA Jetson TX2, as well as the provided set of modern interfaces to connect input/output devices make MIC-720AI a unique solution for the most complex tasks in the sphere of development and deployment of AI applications.

© 2020, ipc2u.com
All the trademarks and brands are property of their rightful owners © 2016 IPC2U Group All data is without guarantee, errors and changes are reserved.
Apply The General Terms and Conditions of IPC2UFor www.ipc2u.com all prices are given in USD ($) or EUR (€) excluding tax, shipping and handling. Find your local reseller - IPC2U Worldwide
https://ipc2u.com/news/productnews/compact-industrial-computer-mic-720ai-for-ai-applications-based-on-nvidia-jetson-tx2/
20:58 23.01.2020