https://ipc2u.com/articles/knowledge-base/shortage-on-the-global-market-of-electronic-components-who-s-to-blame-and-what-to-do/
22:39 26.07.2021
Home
Knowledge Base
Knowledge Base
Shortage on the global market of electronic components. Who’s to blame and what to do?

Shortage on the global market of electronic components. Who’s to blame and what to do?

Primary reasons behind the shortage of components, rising prices and longer delivery periods 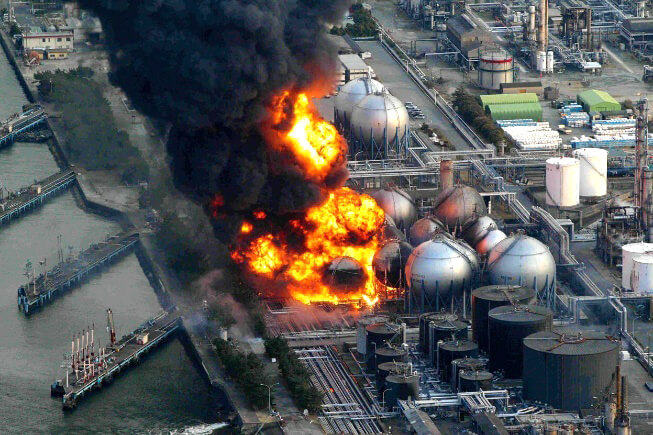 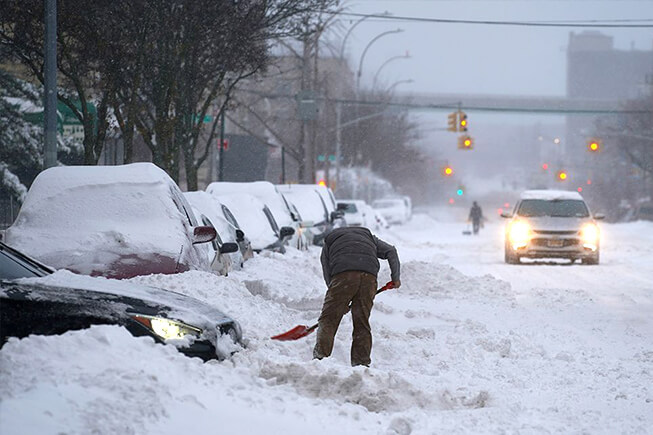 Earthquakes, tsunamis, snow storms and fires. Starting from 2011, the semiconductor industry faced various disasters, which led to the complete shutdown of factories or considerably longer delivery periods for electronic components. For example, Shin-Etsu Chemical and MEMC Electronic Materials plants, which manufacture 25 % of the world’s silicon wafers, were shut down after the accident at the Fukushima nuclear power plant. A snowstorm and frost in the state of Texas in the US forced Samsung and NXP to shut down their factories. Volkswagen, Ford, Honda and Nissan also had to scale back the production of new cars. A fire at a Renesas Electronics factory in Japan affected global auto production and cut volumes by 1.6 million cars. 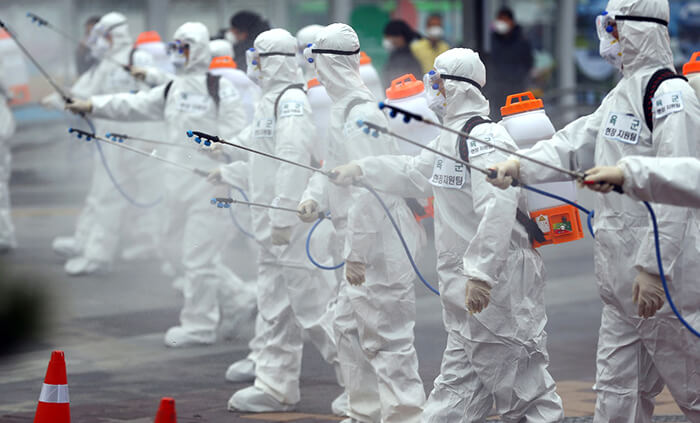 COVID-19 pandemic. In 2020, to curb the spread of coronavirus, many factories were closed for months, starting with electronic component manufacturers and ending with manufacturers finished devices. This led to a shortage of even basic components and even greater challenges in the production of consumer and industrial electronics.

Shutdown of the Suez Canal. On 23 March 2021, the Ever Green, one of the largest container ships owned by the company Evergreen, was wedged on the Suez Canal for nearly a week. This halted global freight traffic. The Ever Given remained stuck until 29 March. All this time, more than 450 ships were on the queue to pass through the canal. The shutdown of the canal affected not only the delivery times but also drove up oil prices and freight charges. For example, the cost of shipping one container from Asia to Europe increased from an average of $1500 to $10000.

Congestion at semiconductor manufacturers. Factories of semiconductor manufacturers TSMC and Samsung Electronics are operating at full capacity and will need 2–3 years to build new facilities to increase capacity. Many industries have already been affected by the shortage of electronic components. For example, car manufacturers are faced with a shortage of chips for engine electronic control units, external electrical appliances, tachographs, instrument control panels, multimedia systems and many other systems. As a result, they have to cut back on production and even shut down factories.

Shortage of Audio chips and DRAM. An accident at a Micron plant and the phasing out of DDR3 drove up prices of all types of memory. Deliveries of ordinary components have also become longer. For example, audio chips take 25 weeks to deliver, while other components 52 weeks.

Sanctions against Chinese companies. Fearing a ban on the supply of components, some companies in 2019 started panic-buying components three or even six months in advance, leading to a shortage. For example, Chinese electronics manufacturer Huawei spent more than $23 billion building reserves of basic components enough for two years.

Rising costs of air and sea freight. The pandemic and sanctions disrupted shipments between the US and China. China cut back on its import of goods from the US. In the end, containers from China had nothing to carry and shipping empty containers back to China made no sense. All this led to an acute shortage of free container equipment in Asia and the accumulation of empty containers in the US. Shipment costs went up 300 %. Also, the demand for air freight increased, which pushed up its cost.

Weaker US dollar. Local currencies of electronic component manufacturing countries strengthened starting in 2020. They started receiving less money in local currency, which pushed companies to hike prices for their products.

New technology trends. The explosive growth in electric vehicle manufacturing, IoT, edge devices, 5G and Wi-Fi 6 equipment is driving the consumption of electronic components. Semiconductor manufacturers cannot keep up with the high demand, and they can only increase chip output in 2–3 years after building new factories. 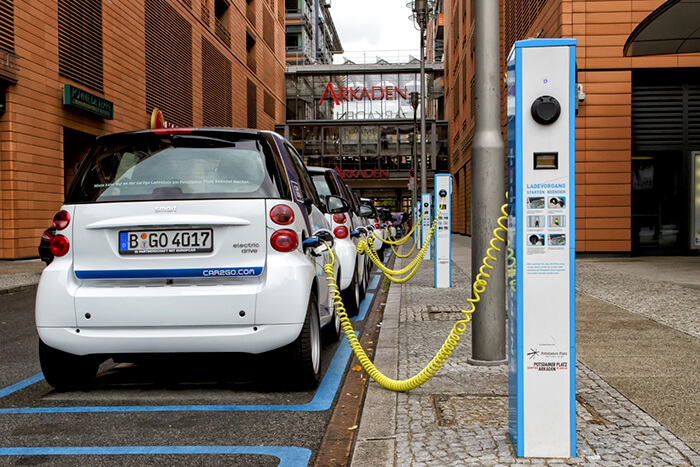 Consequences of the component shortage

Besides the primary reasons, each component manufacturing industry saw events that disrupted manufacturers' plans. We put them together into a summary table depending on the type of electronic component.

Besides longer delivery times and higher costs, the following unexpected circumstances were also reported in Q4 2020:

We summarized changes in prices and delivery times from Q4 2020 to Q3 2021 in a table depending on the type of electronic component.

Rising prices and longer delivery times prompted manufacturers to hoard components, which exacerbated the shortage of components. Many manufacturers are faced with having to wait 25 to 52 weeks for components, while the prices of the scarce components went up 40-fold. Due to the lack of one or two components, for example, an audio chip or a network interface card, the manufacturer has to postpone the assembly of an entire batch of expensive equipment.

Forecasts and recommendations from leading manufacturers

According to consulting company Gartner, the Semiconductor Supply Chain Inventory Tracking Index shows that global semiconductor inventories may recover to normal levels in Q2 2022 and reach moderate levels by the end of 2022.

Commenting on the situation, one executive at a PC manufacturing company said: “The ever-rising prices of IC components have dramatically affected the value of the entire product portfolio on the industrial market. Now, all equipment manufacturers are revising their prices billing the customer. For example, the Intel Lan Chip i210 used to cost $3.2 a piece and was always in stock. But then Intel announced it would cut supplies this year. A few weeks ago, to deliver all partner projects, we were forced to buy 25,000 pieces on the market at a price of $34 a piece, which is almost 1000% more than the regular price! Therefore, the cost one industrial computer with six network connectors has risen by $185 just because of just one component, which sounds crazy! Apart from network chips, there is still a shortage of many other IC components such as Power IC, Audio IC, MCU, etc.”

To mitigate the effects of shortages and speed up deliveries, equipment manufacturers are forced to resort to the following:

Buy components on the spot market at an inflated price

Adjust prices in real-time, taking into account the cost of materials and transportation

Over the past few months, IPC2U and leading industrial equipment manufacturers took a number of measures to speed up deliveries and significantly expanded the warehouse program for iROBO industrial computers, MOXA switches, ICP DAS I/O modules and other in-demand items.

To ensure your order arrives on time, IPC2U and hardware manufacturers recommend:

Include spare parts and equipment for the future in the project

Place your order as early as possible

IPC2U engineers are ready to promptly select industrial equipment for your specifications and ensure the shortest possible delivery time for the equipment.

Back to Knowledge Base
Home
Knowledge Base
Knowledge Base
Shortage on the global market of electronic components. Who’s to blame and what to do?
https://ipc2u.com/articles/knowledge-base/shortage-on-the-global-market-of-electronic-components-who-s-to-blame-and-what-to-do/
22:39 26.07.2021